ionomy takes out the Slack. Join the team on Discord.

After a successful closed beta test, The Moon or Bust (TMoB), ionomy Studios’ first game to use the ionomy Power Grid's Lightning API, is entering a public beta period. Read on for details. 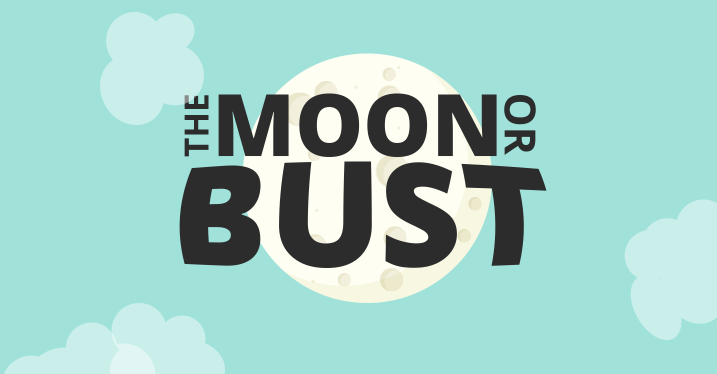 Dedicated space cadets race their rockets to plant their flag on the moon, avoiding obstacles and salvaging supplies left from the wreckage of others who have died trying. As they travel faster and deeper into space, the journey gets progressively more difficult, while the rewards get increasingly more valuable.

By linking their ionomy.com accounts, enterprising pilots can stock up on pre-flight supplies at a 50% discount, and compete for valuable ION prizes in weekly tournaments. A special reward awaits the first lunar lander: an astronomical grand prize of $5,000!

Plug in to Power Grid with Lightning

Power Grid, the overarching suite of digital currency services for game developers, gamers, and investors, is designed to enable third party developers to create games that use the same tools as ionomy Studios to leverage the ION economy.

The Lightning API enables any freemium game to plug in to the ION economy. Developers can accept ION for game purchases and host regular tournaments with substantial ION prizes. When gamers play a Lightning-enabled game and connect their ionomy.com account, they can compete and win. Gamers have fun and a chance to earn cash, enticing them to come back week after week.

Learn about Lightning and the full suite of Power Grid services at ionomy.com/pwr-grid. Developing a game? Interested in beta testing? Get in touch with us at [email protected] or on our Discord or Telegram channels.

ionomy Studios has also rewritten and expanded Crypto Gravity. Now with ionomy Lightning, the update will be released after it passes further rounds of beta testing.

This enhanced version of Gravity features:

The new architecture with Lightning makes it easy for ionomy Studios developers to update and generate fresh content to keep diehards and casual players alike coming back for more. What’s more, the revised tournament ladder levels the playing field so even new recruits have incentive to play.

The ionomy Team has adopted Discord as a new official forum. The time has come to say goodbye to Slack.

Discord can handle not only the community’s growing number, but also increases security and enables the team to delegate more moderation roles.

Many members of the ION community have already started using Discord. It’s easy to create an account. Please join!

The Moon or Bust and Crypto Gravity are great games, by themselves. But what sets them apart is that anyone can play and win ION prizes, every week. Fans have been playing Gravity competitively for over six months, demonstrating the power of this exciting model for digital currency integration. Integrating ION makes games engaging, rewarding, and fun.

This is only the beginning. Keep following for future developments about the other components of ionomy’s Power Grid: multi-currency wallets and exchange, premium game services, advertising network, and crowdfunding platform. All just around the corner.

The Moon or Bust, baby.